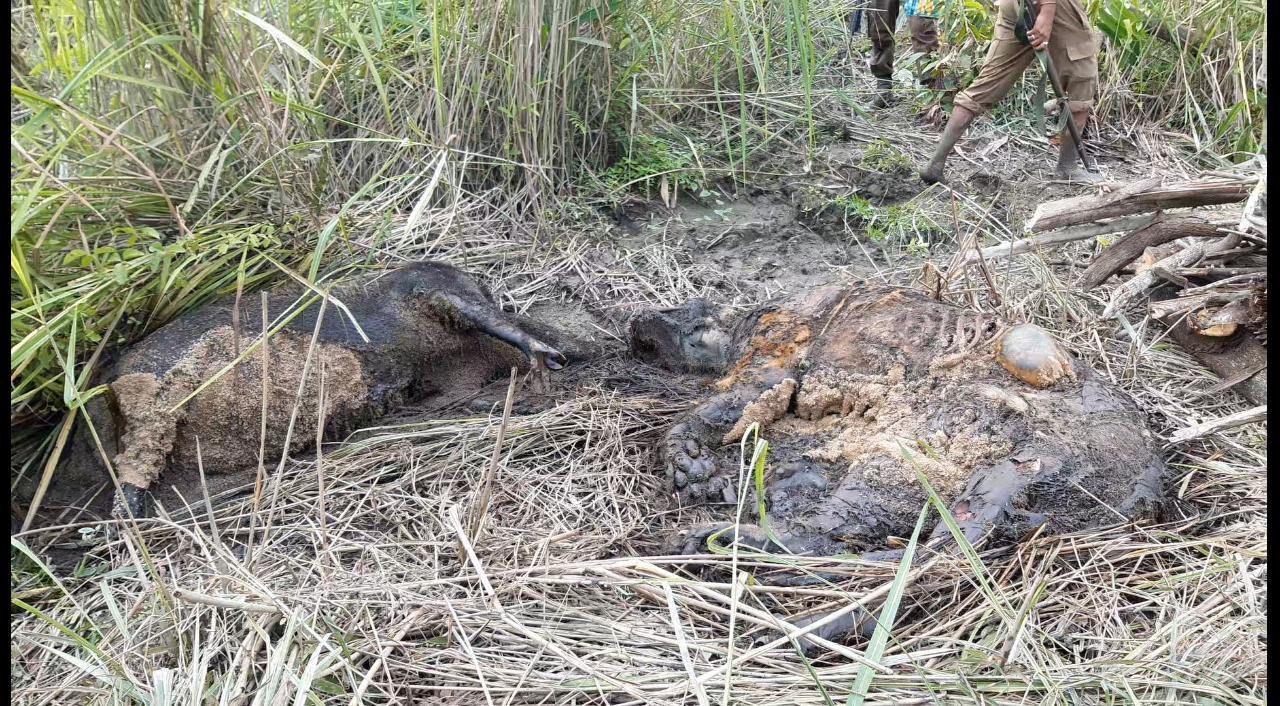 Tiger Killed By Pig At Kaziranga

A Royal Bengal Tiger of Kaziranga National Park died in a clash between the tiger and a male wild pig. The wild pig also died as a result.

This is the first death of a tiger at the hands of a pig at Kaziranga National Park.

As reported, although similar incidents have taken place in the past at Pabitara and Orang, it is a first for Kaziranga.

The incident reportedly took place before 10 days at the Kohra range of the park. The carcasses of both the animals were recovered today by forest employees.

The Royal Bengal Tiger was later cremated, as per the provisions of National Tiger Conservation Authority.